Marijuana as a therapy for obsessive compulsive disorders is still in its infancy. Despite concrete scientific proof of its benefits, introducing marijuana into the medical profession has been a difficult, uphill battle. Researchers have been hampered by existing laws that restrict clinical trials, with data supported primarily patients with debilitating diseases who have run out of options for relieving their pain and distress. The battle to experiment with medical marijuana has been even more difficult for the psychiatric profession. Categorizing marijuana as an addictive drug with no medical benefits have allowed for very few individual case studies and a general reluctance to oppose government regulations.

However, a growing panel of psychiatrists is beginning to reflect on the neurological influences of cannabinoids. Mammalians contain natural endocannabinoids, both in the brain and throughout the entire body, with cannabinoid receptors. The phytocannabinoids, or plant-based cannibinoids serve to enhance the endocannabinoid system. This system regulates mood, memory, and appetite and pain sensation. 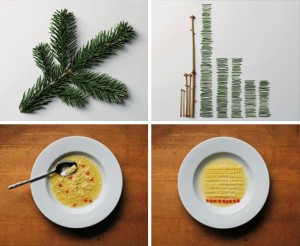 Obsessive compulsive disorders can run from the mild to the very severe. They are evidenced in obsessive cleanliness, repeated behaviors, such as constantly checking to see if doors are locked or items are back in place, fear of certain numbers, rigid rituals and extreme hoarding.   When the obsession is mild, OCD is not considered threatening to a person’s well-being, but in severe cases, it can be disruptive to the person’s social skills, family life and career. At least half of all patients who suffer from OCD do not respond to standard treatment.

In a letter to the editor of The American Journal of Psychiatry (2008), a group of four German researchers documented their clinical trials with a cannabinoid based drug, dronabinol. A series of other drugs had been tried, including haloperidol, olanzapine, risperidone, quitiapine and aripiprazole, with very little response. With the introduction of dronabinol, patients’ symptoms decreased in ten to fourteen days. They further reported that their patients had suffered no side effects and there was no deterioration of psychotic or mood disorder symptoms.

The researchers hypothesized that cannabinoids could reduce OCD symptoms. They pointed out that cannabinoid type 1 receptors are distributed abundantly in the striatum, a brain region frequently associated with OCD. While the psychiatric profession continues to remain cautious, researchers believe that the answer to OCD could be found in medical marijuana.