You may be reading this for informative reasons, or you’ve already gotten a medical marijuana card and have experienced buying medical marijuana from a dispensary or caregiver. Either way, it can be a bit daunting when trying to decide how to consume what you’ve just purchase; there’s a myriad of consumption methods out there and unlike most prescribed medicines, marijuana comes with so many options that you don’t have to stick with just one. Here’s a quick rundown of the most common ways to consume medical marijuana.

This is probably the most common method out there. It’s popular for a reason; smoking is easy and has a near-instantaneous effect. You may need to buy a smoking device for this, but those can be fairly cheap and discreet. Smoking has pros and cons to it: on the one hand you get to control the dosage and be certain of how much you’re taking, but that comes with the inhalation of burning chemicals. While smoking marijuana is not as harmful as smoking cigarettes, inhaling chemicals can still damage your lungs.

Research indicates that the lung damage from smoking marijuana is minimal and over the long-term just leads to mild inflammation, but other studies have reported it as much more harmful, so it’s currently unknown just how bad it is. If you choose to go the route of smoking marijuana, find cannabis with a higher THC percentage so that you don’t need to inhale quite as much (thus saving your lungs).

Vaporizers heat up marijuana at a lower temperature that you digitally program in. The THC is still released but there are less harmful chemicals entering your lungs. Again, you’d need to buy a vaporizer but if you’re suffering from a chronic illness it could be a worthwhile investment.

Vaporizers usually function as portable and standard. Standard ones tend to work more efficiently, but if you travel often then getting a portable vaporizer as well may be a good choice.

When we say “edible” we don’t mean eating the plant (that won’t do anything but waste your money). Instead there’s a specific process to make marijuana butter and cannabis oils that you then cook other food with.

For anyone taking medical marijuana for pain relief, edibles are the way to go. Consuming cannabis this way means it will effect at a slower rate and wear off at a slower rate. While smoking marijuana may give a “mental high” depending on the strain, eating it produces a “body high.” You’ll feel heavier and less inclined to move, making it a good choice for a day where you plan on relaxing and staying inside. If you’re prone to nausea or vomiting then this is not the best consumption option for you, but if you suffer from pain or a sleep disorder you’ll love this method.

Because edible marijuana takes longer to kick in some may over-consume while waiting. Start small and be patient, you’ll quickly come to learn your own tolerance level.

There are many fantastic edible marijuana recipes out there. Experiment and see which you prefer.

Cannabis tea is a great choice for those who like their medicine in liquid form. Strength varies depending on the strain used and how it’s made. Multiple tea recipes exist, so experimentation is required.

Cannabis concentrates are illegal in most states, but if you can buy this at a dispensary it would be in oil or wax form.

The predominant process for consuming cannabis extracts is called “dabbing,” which involves applying to concentrate to a heater surface and inhaling the resulting vapor. Here’s a dabbing guide for those interested, but we wouldn’t suggest this for a first-time marijuana user. 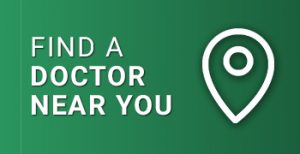