Researchers into the effects of marijuana on cancer cells are excited about the idea that a compound found in marijuana can prevent the metastasis in many types of aggressive cancers, halting the spread of the fatal disease forever. Pierre Desprez, PhD, from the California Pacific Medical Center Research Institute, in collaboration with Dr. Sean McAllister, have determined that cannabidiol (CBD), a cannabinoid with a low toxicity profile, inhibits human cancer cell proliferation and invasion through differential modulation of specific pathways, down-regulating the Id-1 gene expression.

Dr. Desprez and his colleagues discovered Id genes and proteins not only correlate with but also determine the level of aggressiveness in human breast and prostate cancer cells and that Id-1 regulates multiple tumor promoting pathways in brain cancer.

“It took us twenty years of research to figure this out,” stated Desprez. “We want to begin with clinical trials as soon as possible.” He states that his Cannabidiol could essentially turn off the Id-1, which would stop cancer cells from spreading and return cells to normal. 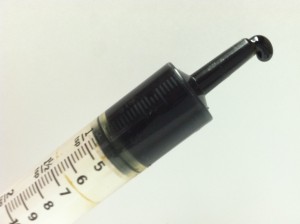 The National Cancer Institute has long acknowledged that cannabinoids have the potential to stop cancer before it stops. Laboratory studies on rats demonstrated that cannabinoids may inhibit cancer cell growth by causing cell death and blocking the development of blood vessels needed by tumors to grow.

The studies in laboratory mice also confirmed that cannabinoids may protect against inflammation of the colon, with a potential to reduce the risk of colon cancer, and possibly early treatment. Further studies of cannabidiols in estrogen receptor positive and estrogen receptor negative breast cancer cells showed it caused cancer cell death while having very little effect on normal cells.

Desprez explained their discovery began with research on breast cancer. They have since learned that cannabidiols will work to circumvent the spread of many aggressive types of cancers, including brain, prostate; any kind that which high levels of Id-1 are present. He states the compound is also used to relieve pain and nausea, and since it’s non-psychoactive, does not give the “high” associated with THC. He adds that although marijuana advocates will surely praise the discovery, it’s not as easy as lighting up. He states, “You could never get enough Cannabidiol for it to be effective just from smoking.”