Can Marijuana Lead to Neurogenesis, or Brain Cell Growth?

Can Marijuana Lead to Neurogenesis, or Brain Cell Growth?

Neurogenesis refers to growth of neurons that come from neural stem and progenitor cells. This process populates the brain with neurons and is most active while an individual is still in the womb. However, neurogenesis still continues in small parts of the brain after birth, and that hormones can influence the process.

What is even more interesting is that marijuana has been shown to help stimulate neurogenesis. That’s right brain cell growth, an idea contrary to everything we used to be taught in school about marijuana destroying brain cells. First, understand that the original study stating that marijuana kills brain cells has been largely criticized as a biased study. 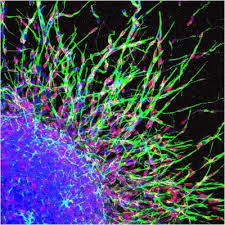 More recent studies suggest that marijuana can stimulate the growth of brain cells, which is the opposite effect that most drugs have. A 2005 study by Wen Jiang and Shao-Ping Ji suggested that cannabis actually promoted neurogenesis in the adult hippocampus region of the brain. This is the same part of the brain associated with mood and memory. Some of the observed effects included a reduction of anxiety and depression that accompanies neurogenesis.

Furthermore, researchers at the U.S. National Institutes of Mental Health reported that non-psychoactive cannabinoid cannabidiol, or CBD, reduced ethanol-induced cell death by 60 percent, a major revelation, considering that overindulgence in alcohol has been shown to cause brain injury.

The suggested potential is medical marijuana’s ability to slow brain degenerative conditions such as Alzheimer’s, Multiple Sclerosis, Parkinson’s disease and others. The Journal of Neurological Sciences once stated that evidence already supports the notion that medical marijuana can limit neurodegenerative processes associated with diseases.

It has been a long time since medicinal marijuana was first criticized in the press, and all evidence suggests that THC could actually help improve brain function in certain situations. More studies should be encouraged so that medical science can discover all possible cures and treatments.