Medical marijuana and cystic fibrosis have yet to be studied in clinical trials, but that hasn’t stopped patients from using marijuana to treat the symptoms.

With lung diseases, inhaling is obviously out, at least for most people. But one patient, “Joseph” (not his real name) uses shatter (a concentrated form of cannabis) via dabbing, which is vaporizing a tiny amount (“dab”) of the concentrate and inhaling. Joseph says this makes him cough up all the fluid in his lungs.

Another patient, Brad Dell, wrote about his very positive experience with edible marijuana for his cystic fibrosis, in Cystic Fibrosis News Today.

What is cystic fibrosis?

Cystic Fibrosis (CF) is an incurable disorder that is inherited. It can cause extreme damage not only to the patient’s lungs, but to their other organs and digestive system as well. It affects the cells that produce mucus, digestive juices and sweat – fluids that are supposed to be slippery and thin. But in cystic fibrosis patients, these secretions become thick and sticky. They then obstruct the body’s ducts and tubes, mostly in the pancreas and lungs. 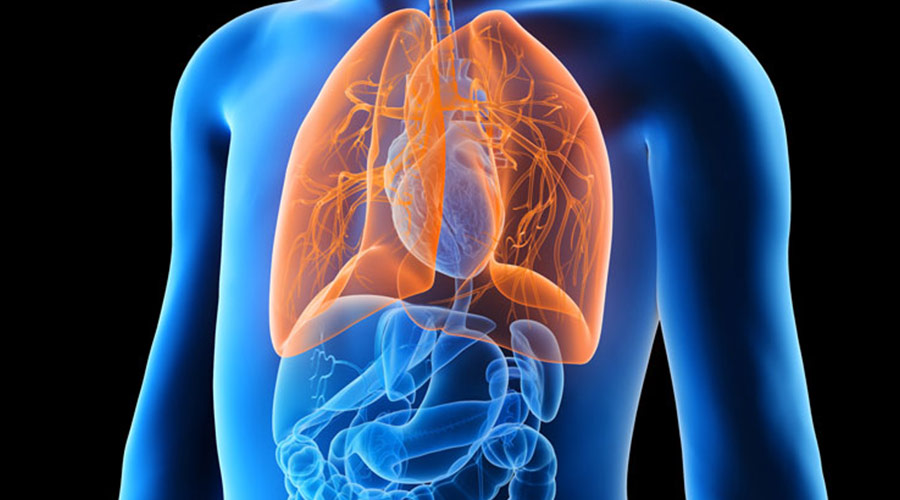 As of 2010, every state in the U.S. was required to screen newborns for cystic fibrosis.1 But those born before then have had to wait until symptoms appeared to find out if they have it. Some of these symptoms include wheezing, lung infections, a persistent cough with thick mucus, inflamed nasal passages or chronically stuffy nose, recurrent sinusitis and exercise intolerance.2

Although no clinical trials with medical marijuana and cystic fibrosis have been undertaken, there was preliminary research that resulted in a scientific proposal. The researcher noted that CF patients had decreased levels of endocannabinoids and that symptoms might improve if these levels were raised. It was further noted that several of the physiological mechanisms of endocannabinoids and cannabinoids corresponded to the pathology of CF. It was suggested that CF patients could benefit from THC treatment for its bronchodilating, anti-inflammatory and antiemetic effects.3,4

In fact, it has been well-documented that cannabis not only relieves these conditions, but that it works as an anti-anxiety medication as well. This is something that many CF patients need when seized by extreme fits of coughing, which sometimes causes them to panic. 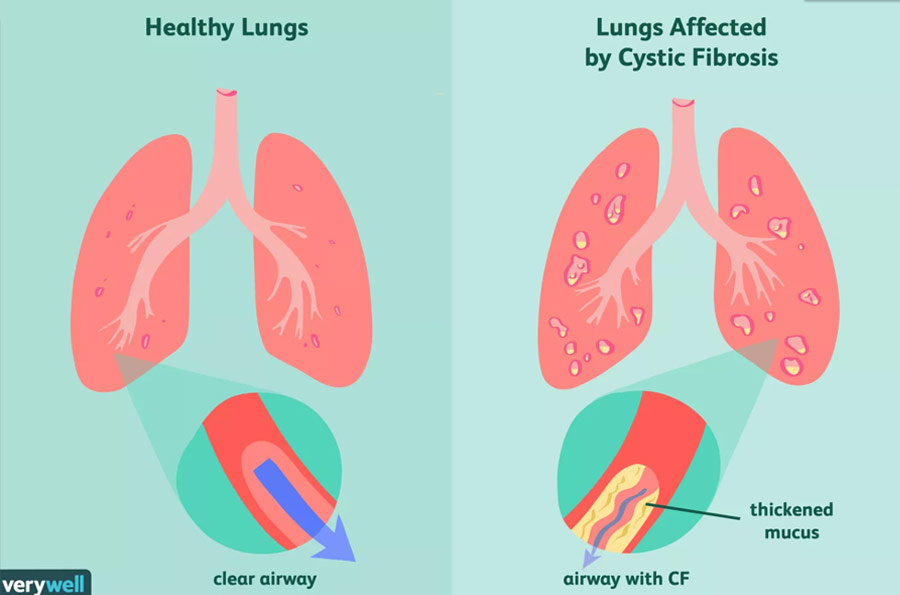 Cystic fibrosis patient and writer Brad Dell, in his earlier referenced article, writes about how he also tried CBD for his CF. Brad states that the CBD didn’t work so well on his poor appetite, but that it did relieve his pain and nausea, and opened his airways enough that with supplemental oxygen, he was even able to go on a hike.

If you try marijuana for cystic fibrosis

Regardless of your state’s laws or personal choice, medical cannabis is available in many forms that don’t require smoking, such as vaping, edibles, oils, sublinguals and transdermal patches.

Be sure to work with a health practitioner who specializes in or is at least knowledgeable about, cannabis. If there are none in your area, many will do teledoc appointments. You can get started by finding out what your state’s laws are using interactive map.