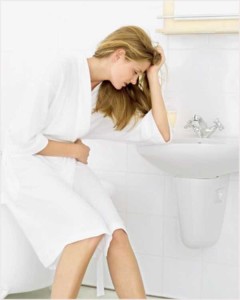 Evidence abounds for the medicinal use of cannabis, going back to at least 400 BC, and there is even an 11th century reference to marijuana and nausea, saying that the plant could be used to treat “pain of the innards” when drunk[1]. Down through the ages, people have successfully used cannabis for nausea whether as self-treatment or under the care of their physicians.

Some causes and types of nausea

That queasy, stomach-churning feeling that we’re about to vomit – and often precedes vomiting – can be caused by an array of different things. Bacterial or viral infections, often from culprits such as the flu or food poisoning, motion sickness, migraine and too much alcohol are some of the most common causes. But medications, HIV/AIDS and chemotherapy cause also nausea, often for prolonged periods.

Chemotherapy-induced nausea and vomiting (CINV) is an especially difficult problem for the patient because it can go on for the extent of their chemotherapy and can be difficult to treat. In addition, cancer patients are often assailed by two types of nausea: anticipatory and delayed-onset. Anticipatory nausea and/or vomiting is what it sounds like – after a miserable experience with chemotherapy, a conditioned response sometimes occurs. This response then happens to the patient before their next round of treatment. Delayed-onset CINV usually happens more than 24 hours after the chemo treatment and may last for 6–7 days. This is the more common type of nausea and tends to be more severe and resistant to traditional treatment[2].

Medical marijuana and nausea: research and clinical use

Marijuana for nausea, specifically its cannabinoid THC, has been shown to successfully treat nausea. But in the past, due canabis’ federally illegal status in the US as well as in each individual state, the natural product could not be prescribed. So, in 1985 the FDA approved dronabinol, a synthetic form of THC, for use in patients with CINV who failed to respond to conventional anti-emetic drugs.

In 30 randomized clinical trials with synthetic THC used to treat CINV, the drug worked well and in some cases, worked better than the traditional drugs. Unfortunately, some of the subjects withdrew from the study due to unwanted side effects such as dysphoria, depression and paranoia[2].

In another study that was done on patients suffering from delayed-onset nausea after undergoing chemotherapy, a combination of a THC and CBD oral spray was given in conjunction with the standard nausea treatments that hadn’t worked well before. It was found that the cannabinoid combination eliminated nausea in 71.4 percent of the cannabinoid group versus 22.2 percent in the placebo group[3].

But there have been other studies done on the effects of marijuana’s non-psychoactive cannabinoids on nausea. A study that was done using cannabidiol (CBD) showed anti-nausea effects[4], while another showed cannabidiolic acid (CBDA) to be effective against anticipatory nausea[5]. Another study with cannabidivarin (CBDV) and tetrahydrocannabivarin (THCV) reduced drug-induced nausea in rats[6]. It should be noted that there is disagreement as to whether THCV is psychoactive in small amounts; a study on obesity referred to it as non-psychoactive[7], while others disagree.

Personal preference and the law

Many people prefer to use the natural cannabis plant to treat nausea rather than synthetic THC. For those who live in states where medical marijuana is legal, this may be a viable option. Different strains are effective for different medical issues however, so check with a cannabis-literate doctor or a knowledgeable budtender at your local dispensary.

For those who live in states where medical marijuana has not yet been legalized, in the case of CINV, dronabinol could be prescribed. CBD is also a viable option, both for those in non-legal states and those who don’t want any psychoactive effects. Cannabis and CBD can both be smoked, vaped, taken as pills or edibles or as tinctures or sprays. However, in the case of nausea, pills and edibles may only make things worse, as they may be hard to keep down. And for patients with lung conditions, smoking may also make matters worse.

Vaping quality products is much safer than smoking because there is no combustion, and tinctures and sprays can be taken sublingually (under the tongue), making it much easier for patients with nausea to take their medication. Vaping will generally provide relief almost immediately, while sublingual ingestion takes around 15 minutes. Usually, the effects from vaping don’t last as long as a sublingual.

If you’re ready to try it…

If you’re considering trying CBD or full-plant marijuana for nausea, a physician knowledgeable about medical marijuana is an invaluable asset. But even if your doctor doesn’t have a lot of specialized knowledge in this area, he or she may be willing to help you obtain a medical card if you live in a state where that is needed. Do your own research, and as mentioned earlier, many dispensaries employ well-trained staff who are experienced in helping customers match the proper strain to the medical condition. This is true whether you are buying full-plant marijuana or CBD.

The first thing to do is to check the laws in your state. Visit our state law page to get started.