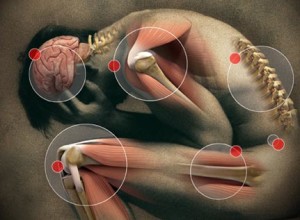 Chronic pain refers to a condition wherein the patient experiences pain for a longer period than that which is typical for a typical disease or injury. The reasons for these conditions are often unknown, and the fact that they may or may not be related to any physical condition makes them especially difficult to diagnose. If a doctor approves it, medical marijuana may be beneficial for patients suffering from chronic pain. This can be especially effective for easing the symptoms of the condition.

The use of marijuana for pain relief goes back centuries[1]. Even as late as the 1930s, cannabis was being sold as an analgesic by pharmaceutical companies, two of which were Parke-Davis and Eli Lilly[2]. And when it comes to marijuana and pain, not much has changed in the arena of self-medicating, as it has proven to be a popular option among many who experience chronic pain. And with loosening cannabis laws in many places, professional medicine is finally beginning to get more involved.

Chronic pain is different to acute pain. Acute pain is brought on by something specific, such as a broken bone, pulled muscle, cut, burn, or labor pains. It is usually a sharp pain, and normally lasts no longer than six months. Once it is gone, the person who had it can go back to living life as before.

Chronic pain, however, doesn’t necessarily feel sharp, and while the reason for the pain may be known, it may also be vague or even unidentifiable. It lasts for longer than six months and can even last for many years or a lifetime. A few examples of things that can cause chronic pain are cancer, fibromyalgia, ongoing headaches or back pain, and arthritis. Sometimes the pain from an injury or illness remains for weeks, months, or even years after having been healed, as the pain signals continue to remain active in the nervous system. The person who is experiencing chronic pain for a long time may not be able to return to life as usual, which may take a toll on his or her psychological health as well.

In addition to the anecdotal evidence, there have been a few studies done on marijuana and pain, although the results have been varied. In one study, researchers noted that patients experienced consistent relief from chronic pain caused by cancer when using cannabis that was either smoked or vaporized. Those with chronic post-operative, rheumatoid or abdominal pain didn’t benefit from oral cannabinoids for their pain, although this method of dosing did help them sleep better[3].

In a systematic review of 18 randomized controlled trials (RCT) that was published in the British Journal of Clinical Pharmacology, researchers looked at the effects of marijuana for pain relief from fibromyalgia, neuropathic pain, rheumatoid arthritis and mixed chronic pain. The researchers noted that in 15 of the 18 trials that met the inclusion criteria, a significant analgesic effect was shown when compared with a placebo. It was reported that cannabinoids were safe and modestly effective against neuropathic pain, and even better at relieving the pain from fibromyalgia and rheumatoid arthritis. They also noted the need for more large studies, and of longer duration[4].

Some people who suffer from chronic pain say that CBD is very helpful in relieving their pain. There aren’t a lot of studies to back this up, although there are a few, such as the one that was done with arthritic rats. The CBD was applied transdermally, and after four days had significantly reduced swelling and inflammation[5].

On the other hand, many chronic pain sufferers who have tried CBD alone say that they got little, if any, pain relief, but that when they tried products with varying levels of THC, they got relief at last.

There are studies that seem to bear this out. One study was done with patients in advanced stages of cancer, who were experiencing moderate to severe pain that could not be fully relieved even with strong opioids. Patients were divided into three groups; one group was given THC, another was an oromucosal spray containing THC and CBD, while the third group was given a placebo. The researchers found the THC:CBD extract proved to be efficacious for this group.

Later, a follow-up study done with 43 of the cancer patients who had participated. The researchers found that some patients continued to obtain relief from their chronic pain with continued long-term use of the THC:CBD oromucosal spray, without increasing their dosage[6].

And a drug with a 1:1 ratio of CBD and THC is being used to treat chronic pain from multiple sclerosis. Nabiximols is an oromucosal spray of whole cannabis plant extract, available in Europe, the United Kingdom and Canada, although it has not yet been approved in the United States[7].

If you live in a state that allows for medical marijuana, there are many options. Some people find that cannabis flower with a high THC content works best for their chronic pain, while others have found relief with less THC. There are CBD-THC preparations available with various ratios, such as 2:1, 1:1, 1:3, and even 1:3. Because each person is different, the relief that cannabis can bring is highly individualized, as are the conditions causing their pain.

The best way to figure out what’s right for you is to find a medical professional with cannabis knowledge and learn all you can. It may take some experimentation before you find what is right for you and your condition. But the first step is to find out what the laws are in your state, so take a look at our map to help you get started.