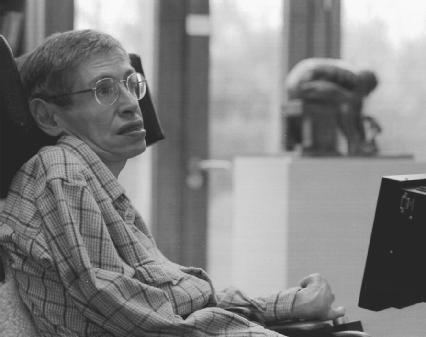 A diagnosis of the rare and insidious disease called Amyotrophic Lateral Sclerosis, or ALS, can be terrifying for both patients and their families. But as marijuana and ALS has and continues to be studied, with the results of much of the research comes a ray of hope. Researchers from the University of Washington Medical Center in Seattle went so far as to say that medical marijuana for ALS might significantly slow the disease down, reduce the burden of the disease and extend patients’ life expectancy.1

ALS is a motor neuron disease that is caused by the degeneration and eventual death of motor neurons, or nerve cells. These neurons provide communication links between the brain and the voluntary muscles that produce movements like talking, walking, chewing and eating. Early symptoms of ALS are usually muscle weakness or stiffness, and as the disease progresses, the muscles atrophy and lose their ability to provide needed movement. Over time, all the muscles under voluntary control atrophy to the point where patients lose their ability to eat, move, speak, and breathe.2

Two of the authors who participated in writing part of the Handbook of Experimental Pharmacology book series make the point that for many years, both multiple sclerosis (MS) and ALS patients have self-medicated with marijuana, as it alleviated their symptoms. The authors state that the anecdotal reports have been confirmed thanks to studies done not only on animals, but more recently in clinical trials, where cannabinoids were shown to alleviate limb spasticity and neurodegeneration.3

Other researchers say that some preclinical data points to cannabis as being a powerful anti-inflammatory and antioxidant, as well as being neuroprotective. Mice with ALS who were given cannabis showed delayed onset of the disease, longer neural cell survival, and the disease progressed more slowly.1

And the above-mentioned Seattle researchers also said that not only does cannabis have properties that manage the symptoms of ALS, but it is suggested that cannabis could perhaps even treat the disease itself. A multidrug regimen that would be ideal, they say, is one that would be comprehensive enough to treat the pathophysiology of the disease.

The regimen they would wish for would include the following: an anti-inflammatory, antioxidants, glutamate antagonists, microglial cell modulators, an antiapoptotic agent, an agent to enhance mitochondrial function, and one or more neurotrophic growth factors. But such a shotgun pharmaceutical approach may not be necessary, because as the researchers noted, cannabis appears to be active in all those areas.1

Many people associate ALS with baseball great Lou Gehrig, who played with the New York Yankees from 1923 to 1939. Known as the “iron man” of baseball, in the spring of 1939 he knew that he wasn’t playing as well as before and that something was wrong with him. So, on May 2, 1939, he pulled himself out of the lineup of players “for the good of the team.” A few months later, Gehrig was diagnosed with ALS, and died two years later. This is why even now, ALS is still most closely associated with his name, as it is often called “Lou Gehrig’s Disease.” 4

ALS is often called Charcot’s disease in France however, as the disease was originally identified by Jean Martin Charcot, a French neurologist who worked in Paris in the 1860s.

Mainstream medicine currently treats ALS patients with many different drugs. Riluzole is often given as a neuroprotectant, and edaravone may be prescribed as a free radical scavenger and neuroprotectant. However, one of the side effects of these drugs is harm to the liver. Other drugs are often prescribed to help alleviate symptoms such as muscle cramps, depression, pain and sleep disturbances.

Yet, according to the authors of another report report,5 no pharmaceuticals exist that can effectively treat ALS. However, it was found in the study that cannabinoids use on mice delayed the disease onset and prolonged survival.

If you try it

If you or a loved one is ready to try medical marijuana for ALS, a good place to start is to find out what the laws are in your state; use our interactive map to help you. It’s also a good idea to find a healthcare professional with knowledge of, and experience in using medical marijuana to help their patients.

Although the laws are rapidly changing, cannabis remains illegal in some states, even for strictly medical purposes. If you live in one of these states but want to try cannabis then, short of moving to another state, your best bet might be a good quality CBD product in lieu of whole-plant cannabis. Among its many other benefits, CBD has been documented to have neuroprotective properties, along with serving as an anti-inflammatory.6

Both CBD and THC marijuana products can be smoked, vaped, or consumed as edibles. There are also preparations available in the form of pills, tinctures, and oromucosal sprays. For those who live in states where medical cannabis is legal, but are worried about consuming too much THC, there are products containing both THC and CBD in various ratios. Speak with your healthcare provider to determine the right combination and dosage for you.