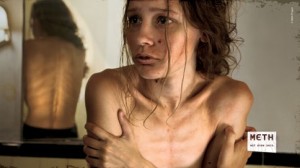 Amphetamine dependence is a disease that involves the compulsive use of amphetamines and/or related drugs. Many users that are heavily dependent on amphetamines frequently use drugs such as MDMA and ecstasy as well. Amphetamines – and especially methamphetamines – are especially dangerous drugs that can cause rapid heartbeat, increased blood pressure, heart failure, psychotic episodes, and more.

Marijuana use is a much more favorable alternative to amphetamine dependency. Furthermore, marijuana may help ease the symptoms of amphetamine withdrawal, which can be useful for recovery.