How Medical Marijuana Works For Alzheimer's

Ever since the first known historical record of marijuana in a Chinese pharmacopoeia from 2,600 BC, there have been many psychological benefits credited to the plant. And no wonder, as the psychological systems in our bodies are influenced by the endocannabinoid system (ECS), and marijuana interacts both directly and indirectly with the ECS. [1]

Many studies support the use of medical marijuana for Alzheimer’s disease (AD), as well as other types of psychological issues. It has been shown to have neuroprotective and anti-inflammatory properties.[1] And at the end of a small Israeli study on AD patients, researchers concluded that adding medical cannabis oil to their treatment plan showed promise. [2]

Even those who don’t suffer from AD use cannabis to help them sleep better, think clearly and relieve anxiety. On the other hand, many people have found that cannabis gives them anxiety, makes them anxious and keeps them awake. This is because its effects depend both on the dose and the person taking it.[3] 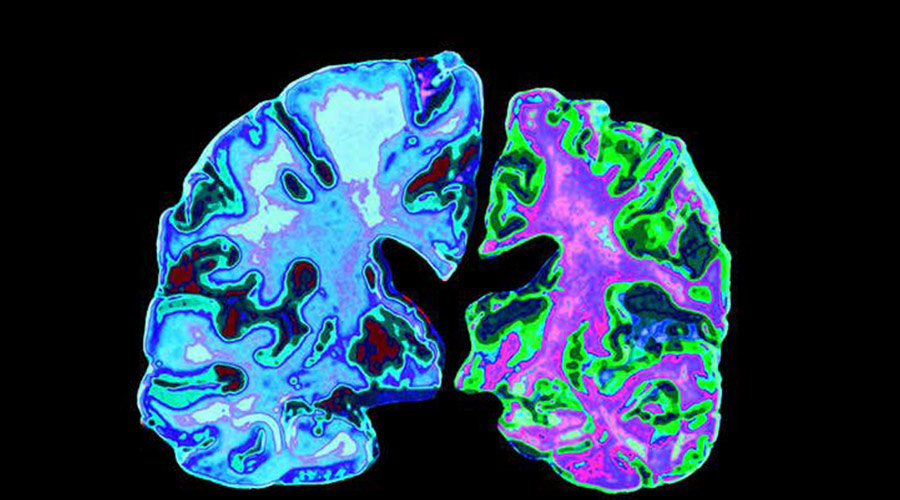 Additionally, it is believed that the strain has much to do with the effect, with the sativas helping to reduce anxiety and increase creativity and focus. In addition, they are known for producing an invigorating, energizing effect. Indicas are thought to have more full-body effects, such as increasing deep relaxation and quality sleep.

Many people use the terms Alzheimer’s and dementia interchangeably, but they are not exactly the same. Dementia describes a group of symptoms that cause worsening memory problems that interfere with daily life. There are many causes of dementia, and AD is one of them.[4]

In fact, AD is the most common cause of dementia. Although everyone forgets things  like names, faces, events, or facts, and misplaces personal property, people usually remember when reminded; or upon finding that lost item, remember what they were doing when they set it down. Not so with AD sufferers. They often don’t remember when reminded, and tend to misplace items by putting them is strange, illogical places.

Some of the many other symptoms AD patients may have, are getting lost in areas that are quite familiar to them, and they may show poor decision-making skills. There are often changes in sleep patterns. Many patients also have great difficulty in planning things, and can exhibit a variety of personality changes, such as distrust, anger, mood swings and aggressiveness.[5]

Alzheimer’s is caused in part by the buildup of toxic proteins; amyloid beta and glycogen synthase kinase-3 (GSK-3). These build up in the brain’s nerve cells, and over time, significantly contributes to plaque deposits. Scientists haven’t yet pinpointed the exact role of amyloid beta, although they believe that inflammation is involved as well. Finally, the symptoms of the disease begin to appear.[6,7]

And the disease is fatal. Alzheimer’s is the sixth leading cause of death in the United States. Currently, roughly five million people are suffering from the disease, and one in three seniors die with some form of dementia. [8]

Research On Marijuana and Alzheimer’s

Fortunately for caregivers and those with AD, there has been more research done with medical marijuana than for many other conditions. Marijuana’s cannabinoids, THC and CBD, have been the most studied, and have been used successfully as an adjunctive treatment for a variety of neurological disorders. Among them are diseases such as multiple sclerosis (MS), neuropathic pain, malignant brain tumors, the childhood seizure disorders, Lennox-Gastaut and Dravet syndromes, Parkinson’s disease (PD) and AD. Researchers have found that both CBD and THC works not only on the ECS, but protects the brain cells and its non-neuronal elements as well. [1]

In one study from the University of South Florida, it was discovered that extremely low concentrations of THC to be effective at lowering amyloid beta levels and inhibiting their  aggregation by directly interacting with the amyloid beta peptide. Furthermore, THC was effective at lowering both total GSK-3β levels and phosphorylated GSK-3β at low concentrations, with no toxicity observed. Additionally, low doses of THC enhanced mitochondria function and did not interfere with melatonin.[8]

Another study done two years later by the Salk Institute confirmed much of this, additionally demonstrating that THC and THC-like cannabinoids affected amyloid beta accumulation and inflammation in the brain’s nerve cells.[6]

The Legality Of Cannabis Use For Alzheimer’s

But what if medical marijuana for AD has not been legalized in your state? In that case, CBD may need to be used instead. Studies have shown that even CBD alone is helpful, with research on both animals and humans showing many therapeutic benefits. CBD has been found to improve brain protection and function, with neuroprotective and anti-inflammatory benefits. It has demonstrated immunomodulatory benefits and has been shown to preserve cerebral circulation during ischemic events (insufficient blood flow to the brain) and reduces vascular changes and neuroinflammation.[1] In Alzheimer’s research, it has also been shown to remove or at least reduce the impact of oxygen buildup, inflammation and brain cell decline.

Use our interactive map to find out if medical cannabis has been legalized in your state. Then find a healthcare provider who ideally has experience in treating AD disease with cannabis, or try to find one who is willing to learn. And of course, educate yourself. The more you know, the better prepared you will be to help yourself or a loved one.